Vikings Undead was one of the five scarezones that were featured during Halloween Horror Nights 29. It was located in Central Park.

On August 12th, 2019, Universal announced that a scarezone based undead vikings would be coming to their Halloween Horror Nights event that year.

We’re all familiar with the brutal Viking warriors. It’s terrifying enough thinking about facing them alive. Now picture facing them as the undead. They have risen and laid siege to Central Park with an onslaught of gore. Bloodlust never dies.

THEY'VE COME BACK TO PILLAGE YOUR SOUL

Brutal, horn-helmeted warriors have risen from the grave and laid siege to Central Park. Barred from Valhalla, the viking paradise, these skeletal fighters have channeled their vindictive rage into an endless onslaught of gore.

Recoil in horror as you encounter victims of their gruesome ritual torture and face hordes of draugr, reanimated corpses. Bloodlust never dies.

Vikings Undead is over at the Central Park area, and it gave the creators a chance to dive into Norse-Mythology brings some of the creatures to life. They've got a group of undead warriors tht refused to enter the walls of Valhalla, and they are erupting out of the ground, along with there broken viking ship to re-havoc on everywhere. - Said by Blaze.

Throughout the scarezone, were various viking-themed props, such as banners, a large masked, tied-up corpses, helmets, and shields. Lining the trees, were glowing skulls and lanterns. A few scareactors torturing victims to the side, such as one burning while a viking dug into their back, appeared as well. Other scareactors from this scarezone included other viking-looking creatures and stiltwalkers, including one that looked like a tree. There was a main stage on which the victim with their back opened like wings was hung. On that stage, either a king or queen of the vikings would preform sacrifices and other rituals. 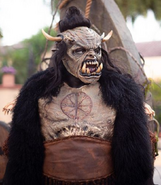 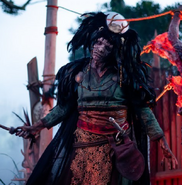 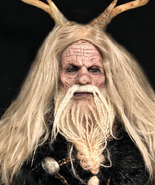 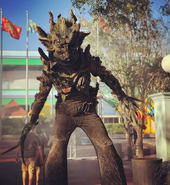 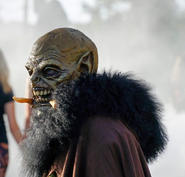 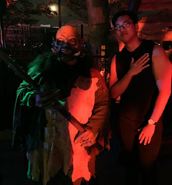 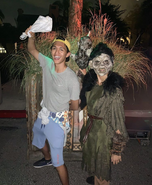 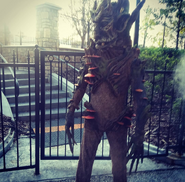 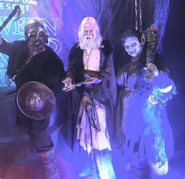 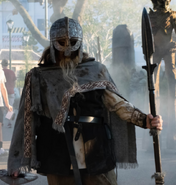 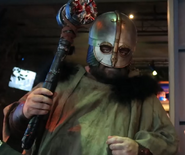 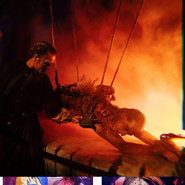 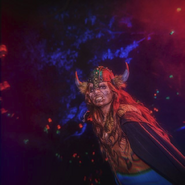 Retrieved from "https://halloweenhorrornights.fandom.com/wiki/Vikings_Undead?oldid=116326"
Community content is available under CC-BY-SA unless otherwise noted.