Vampyre: Castle of the Undead was one of the five haunted mazes that was featured during Halloween Horror Nights 2010 (Hollywood). It was located in Universal's House of Horrors.

There is evil living inside Castle Dracul! Deep inside this crumbling, 18th century manor lives an ancient cabal of vampires whose bloodline stretches back to the Dark Ages. Inspired by the vampire origin myths of Old World folklore, Vampyre: Castle of the Undead takes you down into the underworld den of these unnatural beings. It is a shadowy world devoid of light and color, and all you will be able to see is blood. 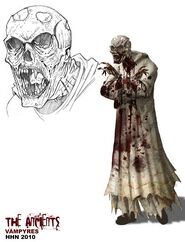 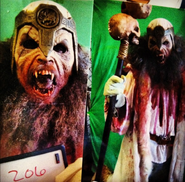 Add a photo to this gallery
Retrieved from "https://halloweenhorrornights.fandom.com/wiki/Vampyre:_Castle_of_the_Undead?oldid=45439"
Community content is available under CC-BY-SA unless otherwise noted.