This article is a stub. You can help Halloween Horror Nights Wiki by expanding it.
"Two legends of horror...brought together in a reign of terror."

Universal Monsters: Frankenstein Meets The Wolf Man was one of the ten haunted mazes that were featured during Halloween Horror Nights 2019 (Hollywood). It was located in the Metro Sets.

Despite what your parents told you at bed time…monsters are real… and they never die! Frankenstein. The Wolf Man. The two most iconic Universal Monsters of all time are back and ready to deliver an unforgettable and horrifying new live experience.

With Frankenstein on the loose, he wanders into the woods where he finds himself face to face with Wolf Man in unwelcome territory. In the middle of a cemetery, the two monsters go neck in neck in a bloodbath battle. The monsters are back and terrifying as ever.

The facade was a gypsy tent with a full moon above and two wagons with lanterns on them, along with tree branches, barrels, and a fireplace with red lighting underneath it. On the left side of the gypsy tent was a Pepper's Ghost effect showing Frankenstein's Monster appearing and then disappearing. The audio was a song done by Slash. Guests would then enter an opening on the right side of the tent.

As guests passed through the facade, they walked down a short hallway with beads hanging down and saw The Wolfman in the far left corner of the room on a chair in mid transformation. The audio would have him screaming as he changed. The room with lit with many candles and lanterns. It also had the corpses of Maleva and Bela the Gypsies who were both murdered by the Wolfman. There were also cards on a table that had the words "Death" and "Fate". Guests would then walk past the transforming Wolfman to exit the gypsy tent.

Guests would then walk in between gypsy tents where a fully transformed Wolfman would pop out from above inside a tent with a yellow light inside. They would then walk down to see a shadow projection of Frankenstein's Monster trying to fight off the Villagers that are hunting him. A Wolfman Victim would then pop out before guests enter the Blacksmith's Tent.

Guests would then find themselves underneath Frankenstein's Crypt on their way to Frankenstein's Castle. There was a skeleton on the wall on the left chained up to the wall. There was a sign that said "1818 Frankenstein" "Mors Vincit Omnia" in front. The section was lit by candles that were flickering slowly on and off as guests walked past three sets of Dr Frankenstein’s Failed Experiments. These scareactors pretended to be mannequins until the moment was right for them to jump out. Guests would then exit the Crypt.

Guests would find themselves inside Frankenstein's Study where fog and red lighting revealed it was on fire. Candles in the scene flashed on and off. There were tall windows on the right where flashes of lightning could be seen. There was also full moon on the far left tall window and a tree branch behind it. The Wolfman would hit the window and then pull it back and scare guests from an elevated platform. Before exiting the study, Frankenstein's Monster would pull back a wall panel to scare guests.

The next scene took place in the frozen cellar as Frankenstein's Monster popped out at guests from ahead trying to keep himself warm. Guests would then walk down the a frozen hallway where they see blood on the walls. They would then find themselves between The Wolfman on the left and Frankenstein's Monster on the right who were both frozen. Occasionally they would thaw out and attack guests. The audio in this section was also "Monsters, Maniacs, and Madmen". Guests would then exit the frozen cellars.

Guests would exit the vault and go through a small series of black hallways with "The Last Scare" by Slash playing before exiting the maze. 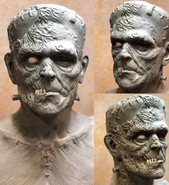 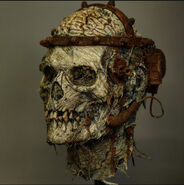 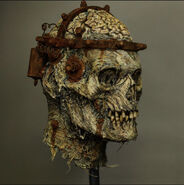 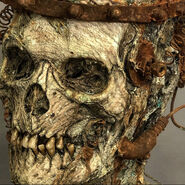 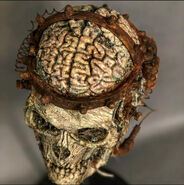 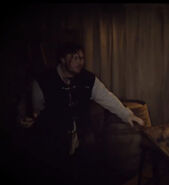 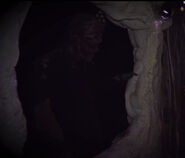 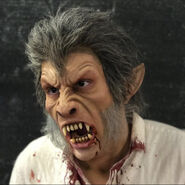 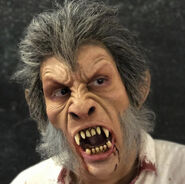 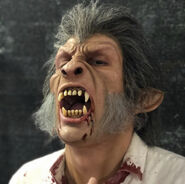 From @KyleTeague on Instagram
Add a photo to this gallery

The Final Scare
Add a photo to this gallery

Retrieved from "https://halloweenhorrornights.fandom.com/wiki/Universal_Monsters:_Frankenstein_Meets_The_Wolf_Man?oldid=120050"
Community content is available under CC-BY-SA unless otherwise noted.