Trick 'r Treat was one of the ten haunted houses that were featured during Halloween Horror Nights 28. It was located in the Parade Warehouse.

On May 16th, 2018, Universal announced that a haunted house based on the Trick 'r Treat would be coming to their Halloween Horror Nights event that year. The house would be made after the popularity of the previous year's Trick 'r Treat scarezone. The codename for this house was "Dynamite", as TnT sounds like TrT.

Trick 'r Treat—this terrifying maze is breaking all the rules of our Halloween tradition.

It’s Trick ‘r Treat time. In this house you have to play by the rules or pay the ultimate price. Your dread will grow as Sam, the vengeful trick-or-treater, waits for the moment he can treat rule-breakers to his favorite Halloween surprises: razor lollipops and sweet revenge. As you find your way through the five twisted stories of Trick ‘r Treat, you’ll recoil in terror when you witness the fate of those who didn’t honor the tradition. Don’t be caught dead breaking the rules.

The normal queue entered through the outdoor E.T. queue. It went around to the back of the building and goes down a long road straight to the Parade Warehouse. The express line however goes through the Curious George area of the Kidzone, and goes through a gate near the back where it merges with the regular line. The facade which was outside of the entrance to the Parade Warehouse was a giant rectangle that says Trick 'r Treat. It also has a picture of Sam on it. The path to the entrance of the Parade Building is lined with fences with pumpkins on them.

When guests entered the building, they would be greeted with Mr. Kreeg's House from the movie, with a lawn covered in pumpkins. Sam could be seen standing next to a trashcan. Entering the house, Mr. Kreeg would shoot at Sam who is on top of the stairs. He would disappear, and then appear next to guests. Going down a hallway, guests would see Mr. Kreeg being bitten by Sam who is on top of him. The next room was the bedroom where Mr. Kreeg and Sam would both jump out. Guests would then go outside where you can see Charlie puking, two Sams jumping out from behind ghost sheets, and the corpse of Emma. Rhonda also jumps out for a scare.

Guests would then enter The Wilkins' House where Billy and a fake corpse jump out. Sam can also be seen staring through a window and Charlies head can be seen on a plate. After that guests would enter the backyard where Steven Wilkins and another Sam jump out. Then Mrs. Henderson would pop-out behind a wooden fence and scare and laugh at guests. Next, guests would go to an alleyway where Allie can be seen being grabbed by Vampire Wilkins. The Devil Head Kid (sometimes replaced with either the Clown Girl or Chip Winslow) would also jump out. The following room was a wooded area. Corpses can be seen strewn around and a werewolf puppet growls at guests. Laurie and Janet also pop out in this room, and Sam can be seen sitting on a tree trunk.

The next scene shows a school bus filled with kids. Chip in a pirate costume jumps out next to it. The Vampire Kid also jumps out. Guests then enter the rusted lift and enter the bottom of the cliff. In this room the school bus can be seen crashed into a lake. The Clown Girl, Bunny Kid, and Skeleton Kid all jump out at this part. The final room is a small room with pictures and a maskless Sam jumps out for a final scare. 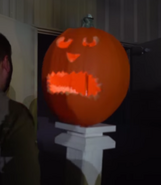 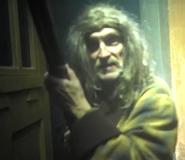 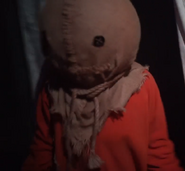 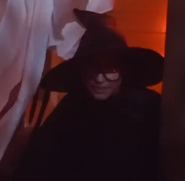 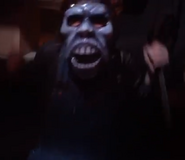 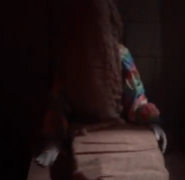 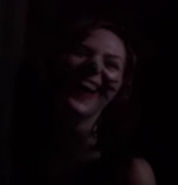 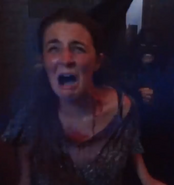 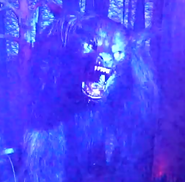 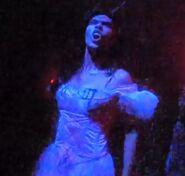 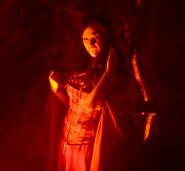 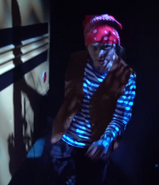 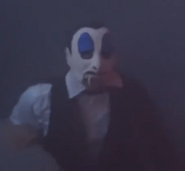 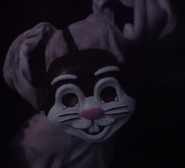 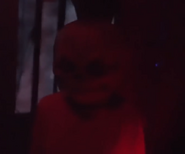 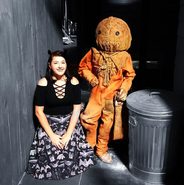 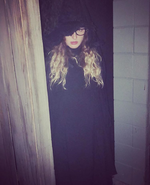 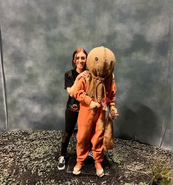 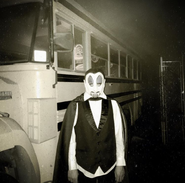 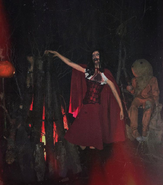 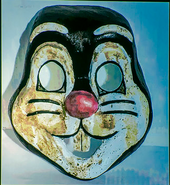 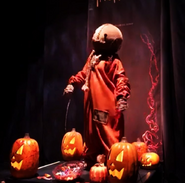 Retrieved from "https://halloweenhorrornights.fandom.com/wiki/Trick_%27r_Treat_(Haunted_House_Orlando)?oldid=115999"
Community content is available under CC-BY-SA unless otherwise noted.