Thunderdome (or Thunder Dome Hollywood Massacre) was one of the twenty shows that were featured during Fright Nights. The show returned the following year at Halloween Horror Nights II. It was located in Hollywood for both years.

None shall escape the threatening encounter with the barbaric Queen and her evil army of brutes.

The show was a sacrifice to the event. The Queen of Darkness and her Thunderdome Minions would find a "traitor/spy" (someone in the audience who is usually wearing a shirt from another park) to sacrifice. They would lower him into a pit of acid and when they came out they were a skeleton.

Picture from the Halloween Horror Nights: Twenty Years of Fear website page.
Add a photo to this gallery 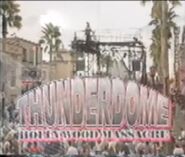 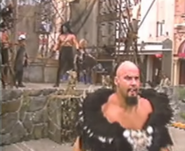 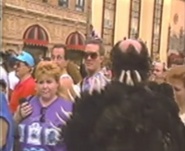 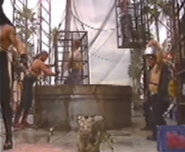 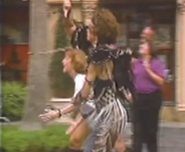 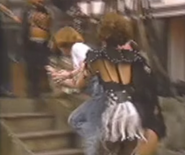 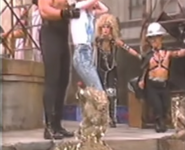 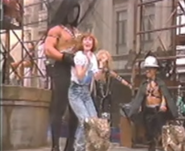 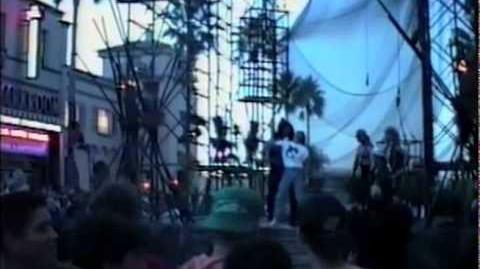 Retrieved from "https://halloweenhorrornights.fandom.com/wiki/Thunderdome?oldid=110444"
Community content is available under CC-BY-SA unless otherwise noted.