The Walking Dead: The Living and the Dead was one of the nine haunted houses that were featured during Halloween Horror Nights 25. It was based off of Season 5 of the Walking Dead and was located in the Parade Warehouse.

On July 30th, 2015, Universal announced that yet another haunted house based on The Walking Dead TV show would be coming to their Halloween Horror Nights event that year. The house would be based on season 5 of the show. The codename for this house was "Dinner", as zombies see humans as dinner.

From the burnt ashes of Terminus, through the flooded community food pantry basement, and into the darkened churchyard, hordes of walkers surround you as you relive gut-wrenching moments of the most recent season. 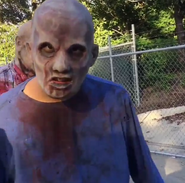 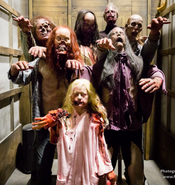 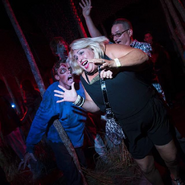 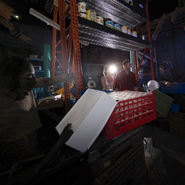 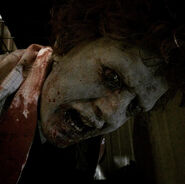 Retrieved from "https://halloweenhorrornights.fandom.com/wiki/The_Walking_Dead:_The_Living_and_the_Dead?oldid=117348"
Community content is available under CC-BY-SA unless otherwise noted.