The Walking Dead: The End of the Line was a house in Halloween Horror Nights 24 and was located in Soundstage 25. It was based off of the 4th season of The Walking Dead.

The house would be located in Soundstage 25, one of the largest soundstage facilities designed to be used as filming locations for movies and television shows. This would the be the first haunted house located in this soundstage.

In 2015, Halloween Horror Nights would yet again receive another Walking Dead house in the form of The Walking Dead: The Living and the Dead.

AMC’s The Walking Dead returns in an all-new house based on the series’ most recent season. Experience the event’s largest house ever with more Scareactors than ever before.

The facade was The West Georgia Correctional Facility after Woodbury attacked in the mid-season finale of season 4. 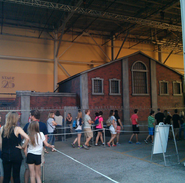 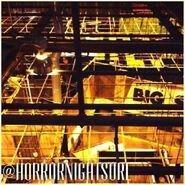 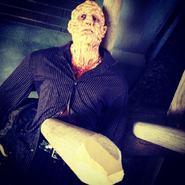 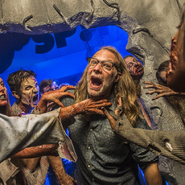 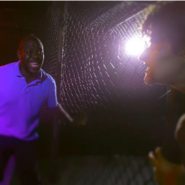 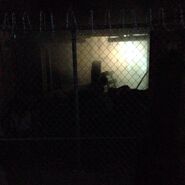 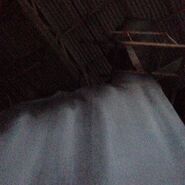 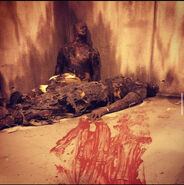 Retrieved from "https://halloweenhorrornights.fandom.com/wiki/The_Walking_Dead:_The_End_of_the_Line_(Orlando)?oldid=114827"
Community content is available under CC-BY-SA unless otherwise noted.