The Horrors of Blumhouse (Orlando 2018) was one of the ten haunted houses that was featured during Halloween Horror Nights 28. It was located in the MIB Tent.

On August 20th, 2018, Universal announced that a haunted house based on two Blumhouse movie franchises would be coming to their Halloween Horror Nights event that year. The house would feature scenes from Happy Death Day and The First Purge. The codename for this house was "Surprise", either because of surprise birthday parties (Happy Death Day), or because many people were surprised of the return of a Blumhouse house.

The house would be located in a temporary tent located behind the Men in Black extended queue. The tent would be put up before the event (to hold the haunted house) and taken down after the event.

The haunted minds behind Happy Death Day, The First Purge have spawned another horror house. Will you live to see tomorrow?

The queue entered to the right of the Fear Factor Stage. The queue would go through the exterior Men in Black extended queue. The facade was a giant picture showing the words The Horrors of Blumhouse, as well as a picture of The Baby Face Killer and one of the Purgers from The First Purge, with their respective movies below them.

Guests would see many television screens announcing the commencement of the Purge experiment on Staten Island. They would then walk into the streets where a purger would jump out from behind a wall. Passing by the DT Liquors store, another purger on a stage would distract guests so that another purger could startle them. The next room was filled with mannequins with pain on their face. A purger with a machine gun jumps out as well as another purger. After that guests would enter a room with hanging teddy bears. A female purger would jump out in this room. Guests then entered a house where three more purgers would jump out from behind doors. They then exited the house. 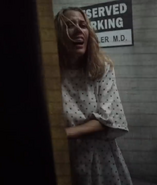 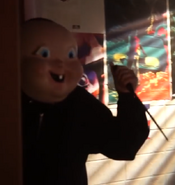 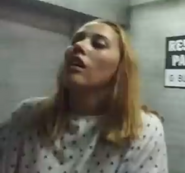 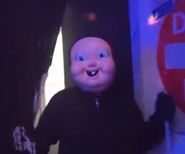 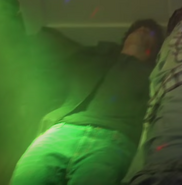 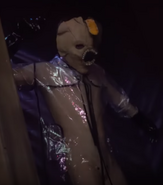 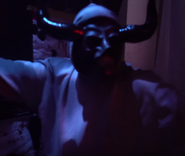 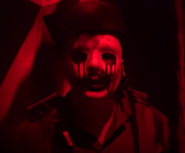 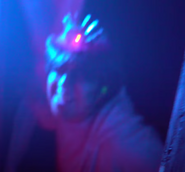 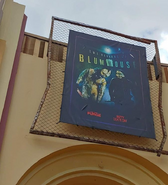 HHN 28 The Horrors Of Blumhouse Chapter 2 House Shirt. From HorrorUnearthed.

The Horrors Of Blumhouse Chapter 2 Facade. From HorrorUnearthed.

The Horrors of Blumhouse House Reveal - Halloween Horror Nights 2018
Add a photo to this gallery
Retrieved from "https://halloweenhorrornights.fandom.com/wiki/The_Horrors_of_Blumhouse_(Orlando_2018)?oldid=110248"
Community content is available under CC-BY-SA unless otherwise noted.