The Horrors of Blumhouse (Hollywood) was one of the seven haunted mazes that was featured during Halloween Horror Nights 2017 (Hollywood). It was located in the Parisian Courtyard.

Get ready for three twisted Blumhouse Productions films in one bone-chilling experience. Come face-to-face with the most iconic and unnerving moments from the blockbuster The Purge franchise, Sinister movies and soon-to-be released Happy Death Day.

In The Purge section, you will attempt to survive the night, immersed in the film property's depraved world where all crime is declared legal in the government's annually sanctioned 12-hour cleansing of society. In what can be described as a living trailer for Happy Death Day, you will encounter the deja vu scenario, forced to relive the last day of your lives over and over again, trying to escape a mysterious masked killer. Then, in Sinister, encounter an ancient pagan deity who is determined to trap you for all eternity in the sordid shadow world of the dead. 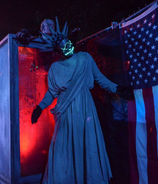 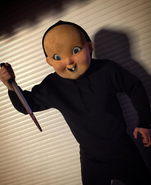 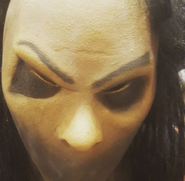 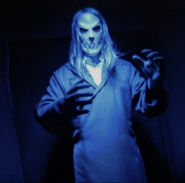 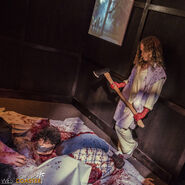 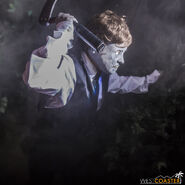 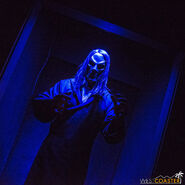 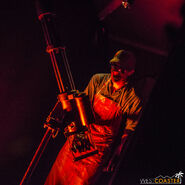 The Horrors of Blumhouse are coming to Halloween Horror Nights 2017

Retrieved from "https://halloweenhorrornights.fandom.com/wiki/The_Horrors_of_Blumhouse_(Hollywood)?oldid=115217"
Community content is available under CC-BY-SA unless otherwise noted.