Terror Tram: Survive the Purge was the terror tram that was featured during Halloween Horror Nights 2015 (Hollywood). It was located in the Backlot.

Since the inception of The Purge, patriotic citizens have taken to the streets in record numbers to “purge” the country of its less desirable elements. During this once-a-year event, all crime is legal – including murder. Recognizing that not all citizens choose to hunt during The Purge, Universal Studios Hollywood has created the Purge Party as a safe alternative to watch the night’s dramatic events unfold on large video screens set up around the famed Universal backlot. What better way to celebrate the spirit of The Purge? Blessed be Our New Founding Fathers and America. A nation reborn! 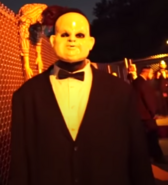 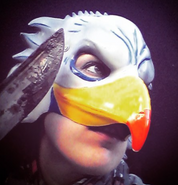 Behind the Screams with Jason Blum
Add a photo to this gallery
Retrieved from "https://halloweenhorrornights.fandom.com/wiki/Terror_Tram:_Survive_the_Purge?oldid=114321"
Community content is available under CC-BY-SA unless otherwise noted.