Seeds of Extinction was one of the ten haunted houses that was featured during Halloween Horror Nights 28. It was located in the Second Parade Warehouse.

On August 8th, 2018, Universal announced that a haunted house based on the concept of evil sentient plants in a post-apocalyptic Earth would be coming to their Halloween Horror Nights event that year. The codename for this house was "Meteor", a reference to the meteor that hit the Earth in the story of the house.

Humanity is extinct, wiped out by a cataclysmic meteor. In its wake something monstrous has taken root.

You’ll be unnerved by familiar sights that have been overtaken by invasive vegetation. But soon your horror will ripen as you realize these plants are predatory, and you’re easy pickings. From strangling vines, to deadly beautiful blooms, to phosphorescent plants that glow with evil, fear is fertile in this gruesome garden.

When guests entered the mall, they were greeted with a sunglass store with a Bloom creature next to it. They then would walk down a hallway with a toy shop and a security shop to their left and right. After that guests would enter the First Bank of Arizona where three Maw creatures and a SkeleVine attack them. Then, they entered the vault where two Thorn creatures swipe at guests.The next room was Good Harvest daycare where dead babies could be seen in cribs as well as many toys. Water drips from the ceiling as guest come face to face with two fungus creatures.

Exiting Kid Care and entering a small alleyway that leads to The Gulp, guest would be attacked by another SkeleVine creature. Entering The Shop 'n Go guest would come across a Thorn that has resided near the checkout counter and as they progress further within the Gulp they will stumble upon two more Bloom creatures attacking from the left and right side. Guests then would go outside to the loading dock which had another Thorn and Bloom creature. The next scene has lots of wind and a crashed airplane with a dead pilot hanging from it. A giant willow tree would attack in this room. After that, guests would enter a hallway and immediately be attacked by a Thorn to the high right. Going deeper within the Hallway, guest come to find that the walls are align with corpses and plants with pulsating lights. Strong winds and water drips are felt when walking through and the sound of heavy breathing is heard being emitted from the surrounding vegatation. At the end of this hallway is another Thorn creature. Leaving the hallway and entering a restaurant where the second floor has collapsed, which causes the guest to walk on a tilted walkway. Moving along the walkway we are then attacked by another Fungus creature along with two Pod Creatures. Stepping off the tilted floor and entering The final room of the house which was Filippa Monez flowers. Guest would be attacked by a Pod Creature and a Big Creature that are protecting the giant green pods that are surrounding the room. These pods would drip water and shot air. Leaving the room, guest would be attacked by one last Big Creature on the way out.

A picture of some of the makeup and masks that will be used in the house that was shown on the Halloween Horror Nights Orlando website on 8/8/18.

A picture of the Lightning Gulp Easter Egg that was shown on the Halloween Horror Nights Orlando website on 8/8/18.

A picture of the Jack and Eddie Easter Egg that was shown on the Halloween Horror Nights Orlando website on 8/8/18.

A picture of the C.J Mcpherson Easter Egg that was shown on the Universal Orlando Blog on 8/8/18. 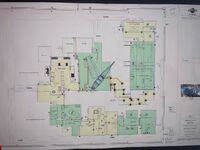 Layout for Seeds of Extinction 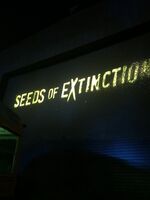 Projection of the Seeds of Extinction logo. 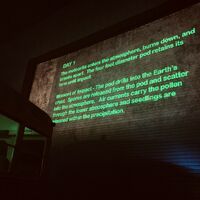 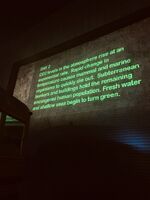 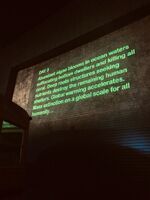 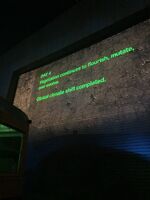 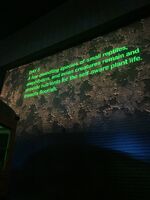 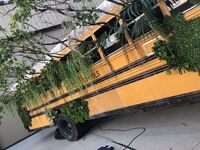 The School Bus in the Daylight. 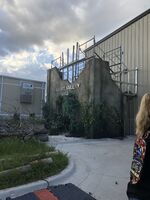 The Desert Valley Mall facade in the daylight. 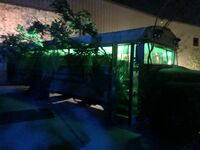 The School Bus lit up at night. 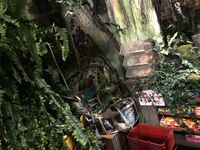 The remains of the Gulp owner. RIP 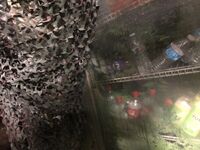 One of the spots for the hidden squeaky toys.

One of the spots of the hidden squeaky toys.

The most notable spot of the hidden squeaky toys. Thanks to the Techs 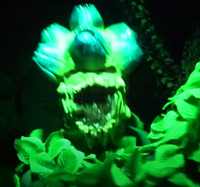 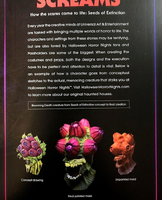 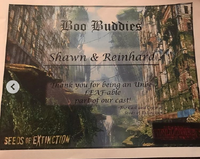 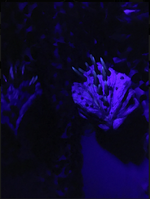 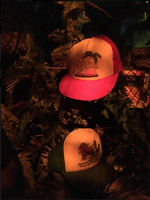 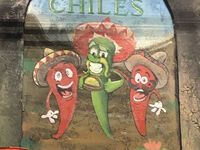 From MarableStudios
Add a photo to this gallery

Retrieved from "https://halloweenhorrornights.fandom.com/wiki/Seeds_of_Extinction?oldid=113092"
Community content is available under CC-BY-SA unless otherwise noted.