SAW: The Games of Jigsaw (Hollywood) was one of the seven haunted mazes that was featured during Halloween Horror Nights 2017 (Hollywood). It was located in the 747 Area.

The SAW series - one of the highest grossing horror franchises of all time - makes its terrifying return to Halloween Horror Nights®. Bringing the blockbuster's most twisted traps to life in an all-new original maze, it will also feature a first look at the upcoming eighth SAW film, Jigsaw, in theaters Oct. 27.

SAW: The Games of Jigsaw will test your physical and psychological limits as you come face-to-face with mastermind Jigsaw and his collection of infamous traps from the entire SAW film series. 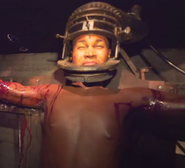 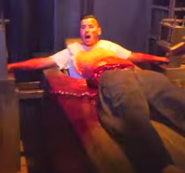 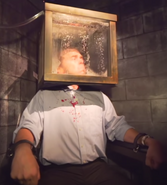 The static figure of Ryan.

The body of Malcolm Neale, 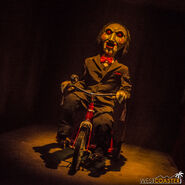 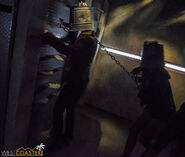 Do you want to play a game? SAW- The Games of Jigsaw’ comes to Halloween Horror Nights

Retrieved from "https://halloweenhorrornights.fandom.com/wiki/SAW:_The_Games_of_Jigsaw_(Hollywood)?oldid=115280"
Community content is available under CC-BY-SA unless otherwise noted.