WARNING! This page contains information from an event that has yet to conclude. If you wish to remain spoiler free, do not read on.

Puppet Theatre: Captive Audience will be one of the haunted houses featured during Halloween Horror Nights 2021 (Orlando).

Puppet Theatre was one of the ten haunted houses that were planned to be featured during Halloween Horror Nights 30 in 2020. However, due to the COVID-19 pandemic, the event was canceled. On October 23rd, 2020, a short video previewing this house was accidentally released. The video was later officially released on October 27th, 2020. It revealed many scenes and scares within the haunted house, and also revealed that the house would return the following year during Halloween Horror Nights 2021 (Orlando).

Around the turn of the 20th century, Pasek's Puppet Troupe from Eastern Europe set up shop at the Grandeur Theatre in San Francisco. They were later joined by the Gurian Ballet group. One day, the theatre collapsed due to an earthquake, trapping the Puppet Troupe, Ballet Group, and patrons inside. All of the trapped people slowly went mad. The Puppet Troupe began taking the patrons and mutilating them by turning them into puppets. 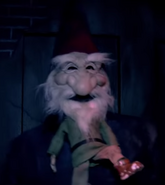 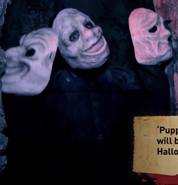 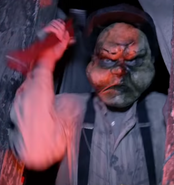 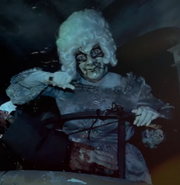 Retrieved from "https://halloweenhorrornights.fandom.com/wiki/Puppet_Theatre:_Captive_Audience?oldid=105115"
Community content is available under CC-BY-SA unless otherwise noted.