Krampus was one of nine haunted houses that were featured during Halloween Horror Nights 26. It was located in the Shrek Theater.

On August 4th, 2016, Universal announced that a haunted house based on the movie Krampus would be coming to their Halloween Horror Nights event that year. The house would feature many key scenes from the movie. The codename for this house was "Schnapps", as the aunt in the film drank schnapps.

The house would be the second located in the Shrek Theater. The houses put in this location would be built within the second, less-used theater for the Shrek 4D attraction.

As a blizzard rages outside, St. Nicholas’ evil counterpart and his band of Dark Minions claim the souls of the faithless one by one.

When you first entered the house on the right there was a set of stairs, but on the left was one of Krampus's elves who scared people as they were walking past. The next room you will see is a table with plates with no food on it. On the left you will see a shelf of plates and Nutcrackers standing on the shelf. Right by the shelf is a nutcracker with its mouth stretched out. Then a scareactor will jump out and scare the people walking by. Next you will enter outside were you will see Krampus standing on a roof. Snowman will fly out at guest while walking by then guest will enter the front room. The front room is covered with snow coming out of the fire place. Krampus will be standing but an elf will jump out of his red coat scaring guest walking by. Afterwards guest will enter a hallway heading into the kitchen with evil Gingerbread Men all over the place holding kitchen knifes, guns, etc. Then guests will enter through a short hallway to an attic ladder with Christmas lights going down the ladder flashing at the guest. The next room you will enter is a attic were guest will see old stuff in boxes or covered in cobwebs. Suddenly a teddy bear puppet will fly out at the guests. You will take a turn where you will see the mom jump out making choking sounds with Christmas lights around her neck but on the other side a mutant jack in the box will jump out, scaring guests who walk by. Guests will then enter a small hallway. One side has a bunch of elves who will be outside watching you through the cardboard on the window and laughing. Guests will enter the front room again with a elf jumping out on one side. Next you will walk past the fireplace where another elf will jump out from behind a Christmas tree. Finally you will enter the next room which is a tunnel to Krampus's Lair where elves jumped out behind walls and shelves then you will exit the maze where an elf will jump out for the last scare. 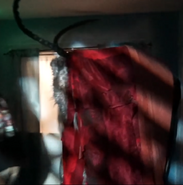 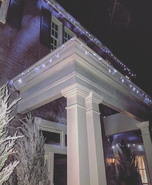 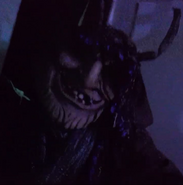 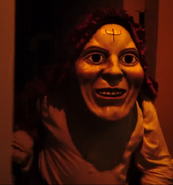 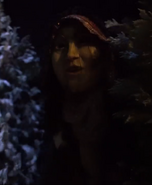 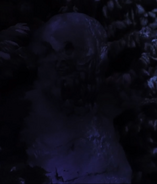 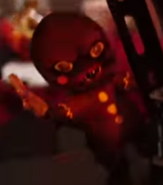 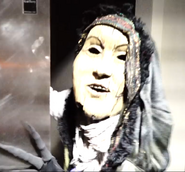 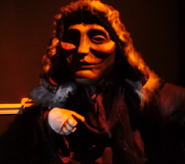 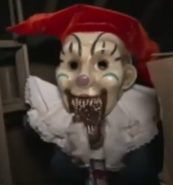 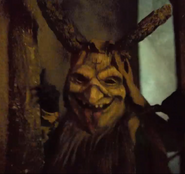 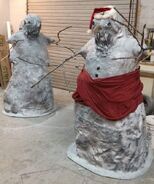 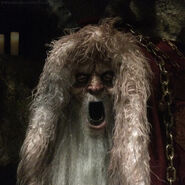 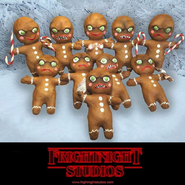 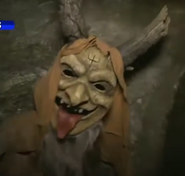 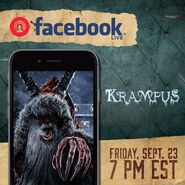 Krampus - Halloween Horror Nights 26
Add a photo to this gallery

Retrieved from "https://halloweenhorrornights.fandom.com/wiki/Krampus_(Orlando)?oldid=116949"
Community content is available under CC-BY-SA unless otherwise noted.