Insidious (Haunted House) was one of the nine haunted houses that were featured during Halloween Horror Nights 25. It was located in Sprung Tent 2. This house was based off of the first three Insidious movies.

On July 16th, 2015, Universal announced that a haunted house based on the Insidious franchise would be coming to their Halloween Horror Nights event that year. The house would feature many key scenes from the first 3 Insidious movies. The codename for this house was "Beyond", as the Further is Beyond our world.

Insidious would return in The Horrors of Blumhouse haunted house during Halloween Horror Nights 27.

Enter “The Further” and travel through all three parts of the Insidious saga. Denizens of the afterlife try to find their way back into the world using the living to guide them. The house isn't haunted--we are.

The facade was the Smith Estate from Insidious 2. 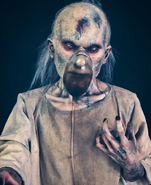 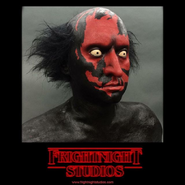 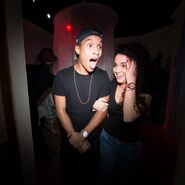 Image from HorrorNightsOrl twitter
Add a photo to this gallery

Retrieved from "https://halloweenhorrornights.fandom.com/wiki/Insidious_(Haunted_House)?oldid=117351"
Community content is available under CC-BY-SA unless otherwise noted.