Insidious: Return to the Further was one of the six haunted mazes that were featured during Halloween Horror Nights 2015 (Hollywood). It was located in the Jurassic Park Queue. The codename for the maze was Post-Punk.

The Further is a world far beyond our own, yet it's all around us - a place without time as we know it. It's a dark realm filled with the tortured souls of the dead. A place not meant for the living... they crave life; the chance to live again. But there are other entities who are malevolent and have a more insidious agenda. A new threat has crossed over from that world into ours, a threat that does not merely seek to possess the souls of the living but to steal the living back to their world of shadows and keep them there for eternity. To face this new threat, we are going to have to confront the demons where they live; we are going to have to Return to The Further! Welcome to Insidious: Return to the Further, a terrifying journey into the paranormal based on all three chapters of the Insidious saga. Keep a steady stride, into The Further you go! 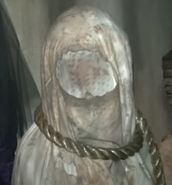 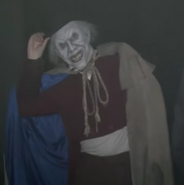 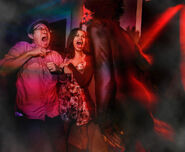 Add a photo to this gallery
Retrieved from "https://halloweenhorrornights.fandom.com/wiki/Insidious:_Return_To_The_Further?oldid=114333"
Community content is available under CC-BY-SA unless otherwise noted.