While Universal themselves (or at east their creative team) denies it, it did create another Event Icon called Bone who was present in the marketing and a scarezone. The theme of the entire event (according to press release) was the Festival of the Deadliest. 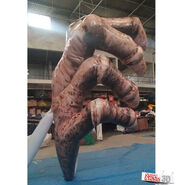 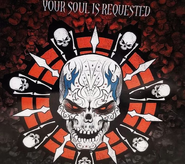 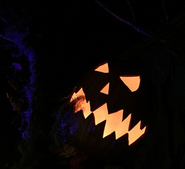 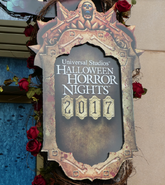 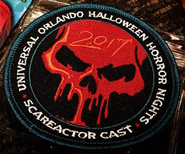 One of the Halloween Horror Nights 27 Event Guides.

Another one of the Halloween Horror Nights 27 Event Guides. 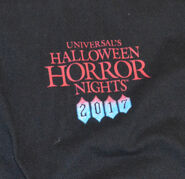 The front of the house shirt. 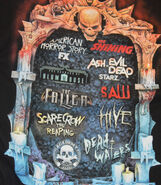 The back of the house shirt. 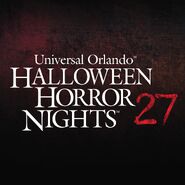 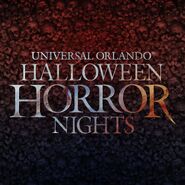 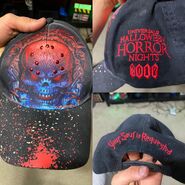 HHN 27 Your Soul Is Requested Cap [From HorrorUnearthed] 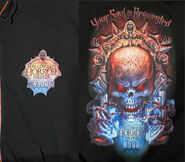 HHN 27 Your Soul Is Requested Light Up Hoodie [From HorrorUnearthed]

HHN 27 Your Soul Is Requested T-Shirt

Retrieved from "https://halloweenhorrornights.fandom.com/wiki/Halloween_Horror_Nights_27?oldid=114191"
Community content is available under CC-BY-SA unless otherwise noted.