Halloween Horror Nights 24 was the 24th year of Halloween Horror Nights in Orlando. It ran from the 19th September to the 1st November 2014. One of the most notable things about the event was the fact that, it reintroduced the first scarezones to the event since 2011 and that it introduced one of the most famous horror franchises, Halloween, to the event, officially, for the first time. 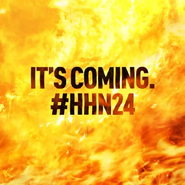 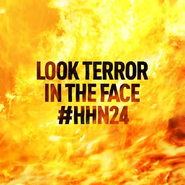 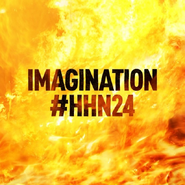 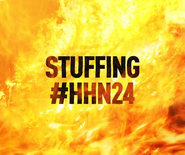 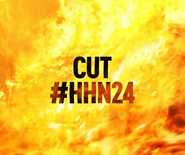 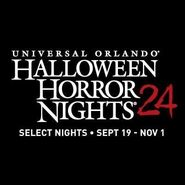 One of the Event Guides for the event. 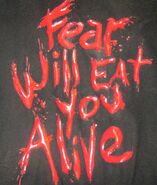 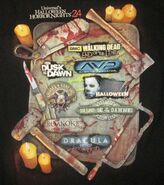 HHN 24 An American Werewolf In London Shirt [From HorrorUnearthed]

HHN 24 Walker Girl With Teddy Bear Uni Mini Pin [From HorrorUnearthed]
Add a photo to this gallery
Retrieved from "https://halloweenhorrornights.fandom.com/wiki/Halloween_Horror_Nights_24?oldid=117002"
Community content is available under CC-BY-SA unless otherwise noted.