"There is more to paralyzing fear than a scream in the darkness or a cool breath on the back of the neck. Or the grip of the undead.

Fear that truly consumes us comes from deep inside our souls, stirred by something we don't always understand and rarely have the chance to confront. Until now."

Halloween Horror Nights: Twenty Years of Fear was both the 20th year of Orlando's event and the second anniversary year after Sweet 16. The icon this year was Adaru, The Sumerian God of Fear.

The website was released on June 13 2010, with an open audition call and a Twenty Years of Fear gallery featuring a retrospective with pictures and video of events and characters of Horror Nights past. A lantern with 2 X's on was the the main prop of the year (as with Sweet 16's birthday cake, The Usher's flashlight, etc).

On the website, clicking on the lantern's flame released pictures of the past Icons and took you to a page with pictures of props and facades: a mummy sarcophagus, a facade for a maze set in Shadow Creek, and a side view of the facade for another maze.

Decompiling the flash in the main menu's lantern, you can see the faces of The Usher , The Director , Jack the Clown , The Storyteller , The Caretaker , Billy , The Gentlemen , and the Mad Hatter. 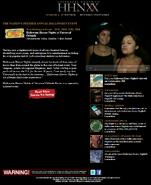 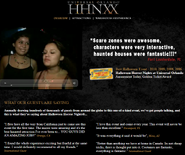 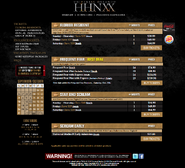 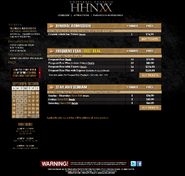 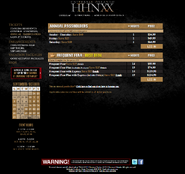 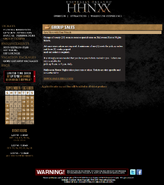 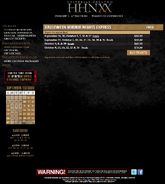 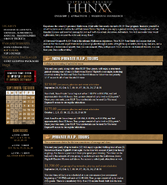 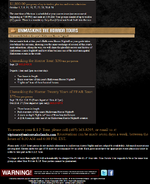 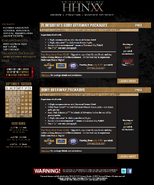 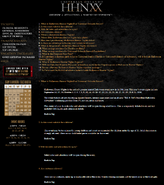 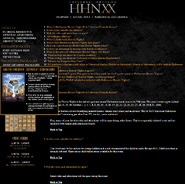 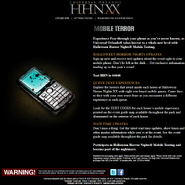 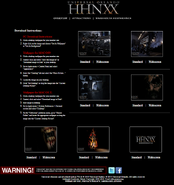 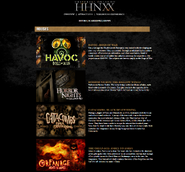 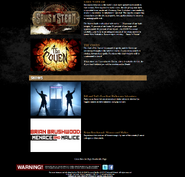 Photo from the "Which Icon Are You?" quiz that used to be on the HHN Orlando Facebook page.
Add a photo to this gallery

Audio that played on the Main Page and the Haunted House/ Scarezone page: 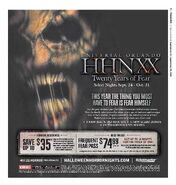 Advertisement featured in the Orlando Sentinel. 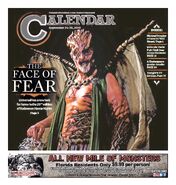 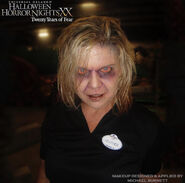 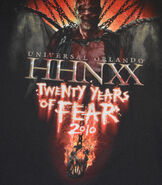 One of the shirts that appeared at Halloween Horror Nights: Twenty Years of Fear.

The front of the long shot glass that was at the event.

The back of the long shot glass that was at the event.

HHN XX Event Guides [Midnight, 1 AM & 2 AM Nights] [From HorrorUnearthed] 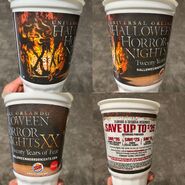 Retrieved from "https://halloweenhorrornights.fandom.com/wiki/Halloween_Horror_Nights:_Twenty_Years_of_Fear?oldid=86440"
Community content is available under CC-BY-SA unless otherwise noted.