Ghostbusters (Orlando) was one of the ten haunted houses that were featured during Halloween Horror Nights 29. It was located in Soundstage 22.

On July 17th, 2019, Universal announced that a haunted house based on the 1984 film Ghostbusters would be coming to their Halloween Horror Nights event that year. The codename for this house was "hysteria", a reference to the famous mass hysteria line from the film.

Step right into the original Ghostbusters film where ghoulish spirits and ectoplasm-dripping phantasms materialize where you least expect.

AIN'T AFRAID OF NO GHOSTS?

A rift between worlds has opened up releasing apparitions of every shape and size, from the voracious Slimer to the all-powerful Gozer the Gozerian.

Step right into the world of the original film where ghoulish spirits, hideous specters and ectoplasm-dripping phantasms materialize where you least expect. Your screams only attract more ghosts, and even the Ghostbusters and their proton packs may not be able to avert a catastrophe this big.

After guests entered the soundstage, they were greeted by a wall with a doorway that said "Public Library". Entering the library, guests would be surrounded by books (some of which would move) and shelves covered with slimy ectoplasm. Behind a bookshelf, guests could see a floating ghost, hovering forward. Turning the corner, guests would see a hologram depicting the Library Ghost who would periodically shush guests. The following room featured the Library Ghost (now turned into a hideous monster) jumping out at guests. The next scene was the Ghostbusters Firehouse. Inside Janine Melnitz could be seen at her desk answering phonecalls for the Ghostbusters. The following room was a hallway in a hotel. Guests could see a hologram of Slimer behind a flaming cart laughing and disappearing through a wall. Guests could also hear the voice of the Chambermaid in this hallway. Slimer would then jump out of a different wall in the following room. After that, guests could see Egon Spengler trying to catch Slimer on the left, while Ray Stantz jumps out on the right.

The following room was Dana Barrett's apartment, where Dana could be seen on a chair being grabbed by a hand on said chair. Walking past, guests would be attacked by claws ripping their way through a door. Next to this, a figure can be seen pushing its way through a glowing door. Guests would then enter the ghost container room, where the Containment Unit shuts down and releases all of the ghosts as Walter Peck's voice can be heard. The next hallway was very dark, and featured many brightly colored ghosts. First, the Wendigo Skull Ghost would pop out at the right to scare guests. Then Nunzio Scoleri would pop out at the left scaring guests while making an evil laugh. At the end of the hallway, Tony Scoleri would pop out and scare guests as they exited the hallway. After that, guests would enter an alleyway, where Winston Zeddemore would jump out. Going further down this alleyway, guests would see the Ring Leader Ghost from the 2016 Ghostbusters film, the Subway Ghost would pop out of an underground subway to scare guests, and a window that periodically falls to reveal the Cab Driver Ghost. The next room featured a glowing green cart while noises of Slimer eating can be heard.

The next room features a possessed Dana Barrett behind a hole in the wall lying on top of a tall building while lightning strikes. Behind her is a painting of the skyline of New York, giving guests the feeling that they were on top of a tall building. Louis Tully would jump out from behind the same hole. Afterward, guests would be attacked by a pair of Terror Dogs. The following room featured Gozer the Gozerian standing on top of a staircase in her temple with a large gateway on top, while another Ray Stantz jumps out on the left. Afterwards, guests would see another dog, followed by the head of the Stay Puft Marshmallow Man peering over a wall. He would start out smiling and eventually catch on fire and turn brown. Guests would then enter a room with dripping melted marshmallows covering the walls. Peter Venkman would jump out from a boo-hole celebrating Stay Puft's defeat. The final room featured Slimer jumping out at guests for one final scare. 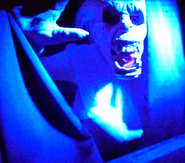 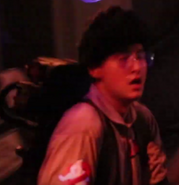 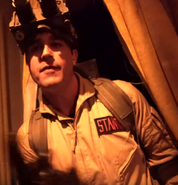 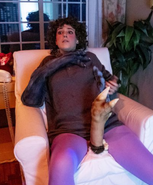 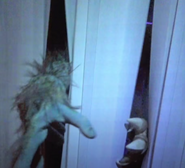 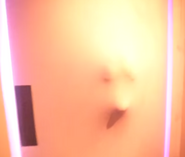 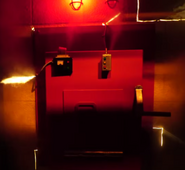 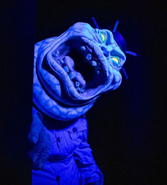 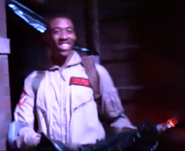 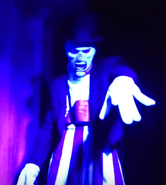 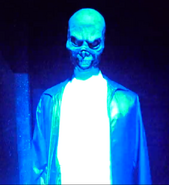 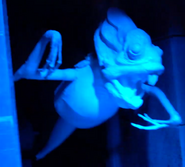 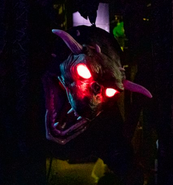 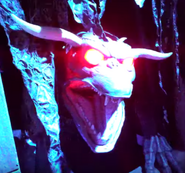 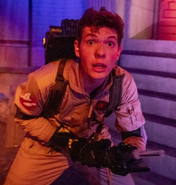 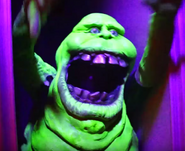 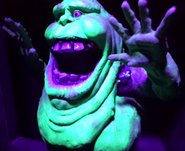 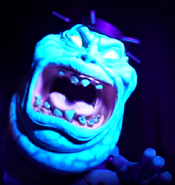 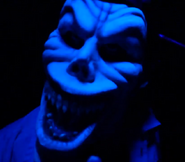 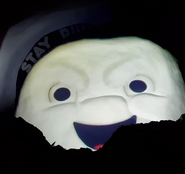 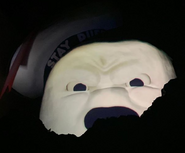 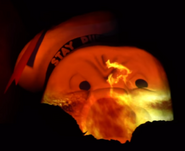 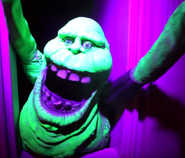 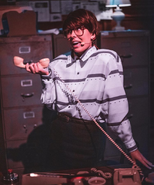 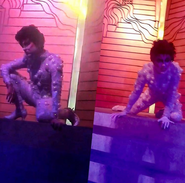 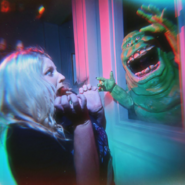 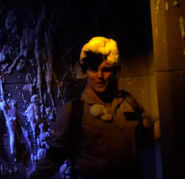 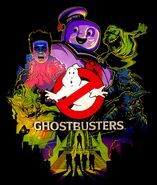 Original GhostBusters Theme Song
Add a photo to this gallery

Retrieved from "https://halloweenhorrornights.fandom.com/wiki/Ghostbusters_(Orlando)?oldid=114867"
Community content is available under CC-BY-SA unless otherwise noted.