Evil Dead: Book of the Dead was one of the six haunted mazes that were featured during Halloween Horror Nights 2013 (Hollywood). It was located in the Mummy Queue.

You've come to take shelter in a remote cabin in the woods, but someone has read the words that should never be read aloud from the Book of the Dead. And the demons have been released. You can try to find a way out, or pray for daylight to save you from the evil that rules the night. But it doesn't matter. One thing is certain... you're all going to die tonight. 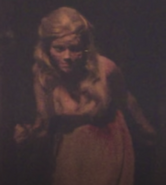 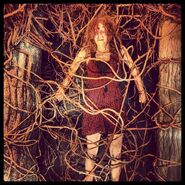 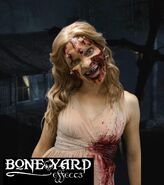 Credit to Westcoaster
Add a photo to this gallery

Evil Dead-Book of the Dead (Full Maze Audio)
Add a photo to this gallery
Retrieved from "https://halloweenhorrornights.fandom.com/wiki/Evil_Dead:_Book_of_the_Dead?oldid=113780"
Community content is available under CC-BY-SA unless otherwise noted.