Dracula Untold: Reign of Blood (Hollywood) was one of the seven haunted mazes that were featured during Halloween Horror Nights 2014 (Hollywood). It was located in the Parisian Courtyard.

Based on Universal Pictures' upcoming film opening in theaters on October 17, Dracula Untold: Reign of Blood will introduce guests to the sadistic Transylvanian ruler Vlad Tepes, known as Vlad the Impaler, who infamously tortured his enemies by impaling them alive with a wooden stake and suspending their bodies. The foreboding maze will also shed an ominous light on the one-time hero, turned bloodthirsty ruler, who chose to embrace unholy powers in order to defeat his enemies. Dracula Untold: Reign of Blood will spiral guests through Dracula's eternal damnation, where the thirst for blood is never-ending. 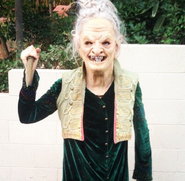 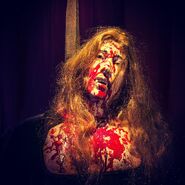 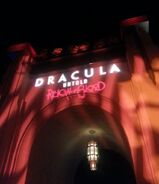 From KBrylczyk on the TPR Forum 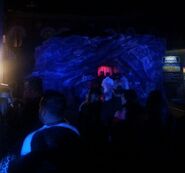 From KBrylczyk on the TPR Forum

Add a photo to this gallery
Retrieved from "https://halloweenhorrornights.fandom.com/wiki/Dracula_Untold:_Reign_of_Blood_(Hollywood)?oldid=114337"
Community content is available under CC-BY-SA unless otherwise noted.