Dead Exposure was one of the eight haunted houses that were featured during Halloween Horror Nights: Reflections of Fear in Universal Studios Florida. An original theme at the event, the house brought guests through the last photographs of Charlie McPherson as he moved through a city full of zombies. Located in Sprung Tent 2, the house featured strobe lights timed to camera clicks to simulate photographs.

In 2008, Universal decided to tie in all eight of their haunted houses to patients of Bloody Mary. This haunted house would tie in to Charlie McPherson. He had a fear of seeing scary images in the pictures he took and went to Blood Mary's office to get help. She ended up locking him in a glass case surrounded by the scary faces in his photographs, giving him the choice of either suffocating or facing his fears. He ended up suffocating.

The house would have a unique twist, as the house was kept very dark and was painted with UV colors. Every few seconds a bright light would flicker simulating a camera flash. The house took place during a zombie apocalypse, during which a photographer named Charlie McPherson takes pictures.

In 2006, Universal built two hurricane-proof tents behind the World Expo area of the park specifically for holding Halloween Horror Nights haunted houses. This house would be located in the northernmost one (called Sprung Tent 2). The house was very popular and is praised as one of the scariest houses in the events history. It won the House of the Year award in 2008.

A tribute scene from this haunted house would appear in the 2010 haunted house, Horror Nights: The Hallow'd Past. That same year, the house would receive a semi-sequel house titled ZombieGeddon (although the strobe effect didn't appear in that house). The house would receive a proper prequel house in 2018 titled Dead Exposure: Patient Zero, setting the story in Paris and restoring the strobe effect, this time explained as a side effect from an experimental vaccine rather than a camera flash.

Enter a realm where the flash of a camera reveals horrors beyond comprehension, leaving you in "total" darkness with Hell's Army of the Undead!

Charlie McPherson, a noted tabloid photographer, has always wanted something more in life than photographing celebs at their worst, and one night Charlie gets his wish when the city he resides in becomes overrun with flesh-eating Zombies. Trapped in his downtown loft with hordes of bloodthirsty zombies just outside, Charlie relives the last horror-filled moments he captured on film, and you are with him every step of the way.

Enter a realm where the flash of a camera reveals horrors beyond comprehension as the city becomes overrun with bloodthirsty zombies.

The Charlie McPherson in this house was a parallel version of the one who went to see Dr. Mary Agana for treatment. The Charlie in the backstory was the son of magazine photographer Shawn McPherson, one of the children responsible for Mary Worthington's disappearance. Charlie became a photographer with the Metropolitan Tribune in 1948, but was fired in 1955. He later became a freelance photographer and one of his first jobs, in 1955, dealt with him photographing Thornton M. Kesterson, a gem dealer whose reputation was in dispute. McPherson was then hired by private investigator Boris Shuster in 1958 to take pictures of Frank Bennett’s infidelity against his wife Diane Bennett.

During his freelance job, he began seeing ghoulish images every time his flashbulb went off, apparently the same things that his counterpart was photographing. He went to Dr. Agana's office where he was placed in an airtight glass box with his camera's flash bulbs in it. The bulbs went off, creating the same strobe effect his camera made, making it look like the scary images were right outside the box. Dr. Agana told him that all he had to do was simply open the lid and run, but he refused and he slowly suffocated to death.

Something changed in Dr. Agana when he died. She claimed that watching him die rather than face his fear was an unexpected thrill. She also swore she heard music the moment he went into cardiac arrest. This was the point where she slowly gave in to insanity and began to kill her patients in order to "cure" herself of her own fear of death.

This took place in a realm of Nightmares in Mary’s realm alongside an apocalyptic wasteland and a space ship gone wrong. The house could represent the nightmares of Charlie concerning his flashbulb.

Reaching the front of the house, guests were greeted with loud music which had famously been featured in zombie movies. Standing in front of the entrance was a large bulletin board with ghostly pictures and notes covering it noting where in town each of the photographs were taken.

Walking into a hole in the board, guests entered into photographer, Charlie McPherson's, apartment. The electricity was out and somethings were pounding on all of the windows with guests only able to see their shadows. Charlie himself was lurking in the apartment, warning guests as they walked by of what he saw and urging them to hurry out of there and to look into his portfolio.

Leaving the room, guests entered the pictures that he had taken that night. With three clicks and flashes at a time the room was illuminated to reveal a hardware store. A number of zombies surrounded both sides of the path, ready to attack. Continuing on Charlie's path, guests entered the sewer. Drips and other sounds were heard from the darkened path, and a camera flash illuminated a zombie lurking in the sewer pipe on the wall. The path continued toward the surface again through a narrow hallway with zombies inside of the walls.

Reaching the surface, guests were inside a public bathroom. Stalls surrounded the path with some open and zombies inside of them. A zombie blocked the path out of the room and would only move between camera clicks. Once through Charlie's pictures brought guests outside into a park. Abandoned seemingly quickly by the humans, zombies lurked in the park equipment and near the toys left by children. Leaving the park, guests entered a room full of zombies. Seemingly surrounded by dozens of zombies, there was no clear path through the middle of the area. While guests tried to navigate, zombies would attack between camera flashes.

Once the room was successfully navigated, guests entered a hallway. Camera flashes revealed zombies hanging above the path. Following the hallway around a corner, flashes revealed a lone zombie underneath the clear flooring trying to get out at guests. Done with Charlie's pictures, guests walked back into his apartment. A number of zombies were surrounding a table to the right of the path. On the table was Charlie, screaming as he was torn apart to be eaten by his attackers. A final zombie, who looked suspiciously like Charlie, popped out of a closet at the other end of the room to scare guests out of the house. 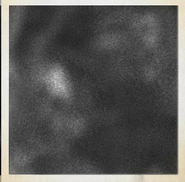 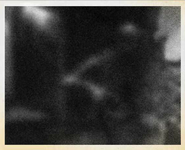 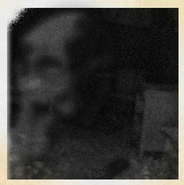 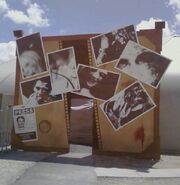 The facade for this house. Image from Jeremy Walton.

Image from Universal Orlando Resort
Add a photo to this gallery

Retrieved from "https://halloweenhorrornights.fandom.com/wiki/Dead_Exposure?oldid=120705"
Community content is available under CC-BY-SA unless otherwise noted.