Creepshow was one of the ten haunted mazes that were featured during Halloween Horror Nights 2019 (Hollywood). It was located in the FDTD Area.

On August 3rd, 2019, Universal Studios Hollywood announced that a haunted maze based on the 1982 film, and the brand new TV-series from Shudder Creepshow would be coming to their Halloween Horror Nights event that year.

Experience a horror comic book come to life! Your host for this horrifying journey is The Creep, the skeletal namesake of the Creepshow comic book, who will lead you through five jolting tales of terror inspired by the classic 1982 horror anthology and the upcoming Shudder series from horror legend Greg Nicotero. It’s the most fun you’ll ever have being scared!.

The facade was a large comic book. On the left side was the cover of Creepshow with a title that says "Strange, Eerie, Terrifying. Creepshow Tales of Suspense and Horror!!!" featuring The Creep on the bottom. To the right it shows three different comic books that are all titled Creepshow, including "Father's Day", "Bad Wolf Down", and "Grey Matter". Below those three comic books is a door, through which guests would enter the haunted maze. Outside, a voiceover would play recreating the prologue scene from the original film, were Stan doesn't want Billy to read Creepshow comic books. At night, light effects would flash on the facade simulating lightning.

As guests pass through the facade, they would walk down a hallway with comic book pages on the left and right. On the left there was an ad that mentions the Creepshow comic book "Father's Day". On the right there were two ads for the comic books "The Crate" and "Authentic Monkey's Paw". Guests would then pass through a set of black curtains into a room with two comic book ads, one on the left showing a muscular guy with the title "Muscle-Up!" and one in front of guests (showing the comic book "They're Creeping Up On You!"). After passing through another set of black curtains, guests would enter another room with a Creepshow comic on the left titled "Grey Matter". The Creep would pop out from behind a comic in front of guests (which is titled "Back Issues") making an evil cackle. Next, guests would enter another room with a comic ad titled "Monster S-I-Z-E Monsters" with a picture of Frankenstein's Monster on it. The following room features another Creepshow comic book, this time with the title "Bad Wolf Down". In this same room The Creep would pop out in front of guests from behind a poster of him.

Guests would walk through a pitch-black hallway, where they would enter the first episode "Father's Day". The first room of Father's Day featured the Grantham Family Plot. There, guests could see Nathan Grantham coming from out of his grave, and the static figure Bedelia Grantham (recreating the scene where Nathan is comes out of his grave and says "Where's my Cake, Bedelia"). Inside one of the windows of the Grantham Mansion, guests could see The Creep laughing. Passing through a set of white curtains, guests would enter the mansion. On the left, red and blue lights would flash as Nathan Grantham pops out in front of guests from behind a set of white curtains. Guests would then see Nathan Grantham choking his great niece Sylvia Grantham, before they would enter into the kitchen. Behind the door on the right was the static figure of Mrs. Danvers. Walking further into the kitchen, guests would see Nathan Grantham run out of a set of kitchen doors, holding a plate with Sylvia's head (which has candles on it, recreating the scene where Nathan got his cake). The final room of Father's Day is pitch-black. Nathan Grantham would pop out one last time on the left of guests from a set of black curtains.

Walking down a pitch-black hallway, guests would enter a room with the cover of the comic "The Crate" in front of them. As guests enter the episode The Crate, they would see an office in Amberson Hall where a crate can be seen on top of a desk. Fluffy would scare guests by jumping out of the crate as guests walk around it. The lower half of Mike the Janitor could also be seen sticking out of the crate. After that guests would enter a small room with a flight of stairs with Fluffy's crate underneath them. Fluffy could be seen trying to escape the crate as guests could hear the sound of birds chirping (recreating the scene when Dexter told Charlie "Don't go in there"). The next room is pitch-black. either Charlie Gereson, or Dexter Stanley would pop out to the right of guests from behind a set of black curtains. The final room of this episode is another pitch-black room, where Fluffy could be seen on the right sitting on top of his crate and scaring guests.

The next room features a comic book titled "They're Creeping Up On You!". The Creep would jump out from behind the comic book to scare guests. Entering the next episode, guests would be greeted with the inside of Upson Pratt's penthouse in New York City during a city-wide blackout. Guests would enter inside of a darkened white room with thousands of tiny Cockroaches all over Upson's desk, table, and jukebox. In this same room, Upson Pratt would pop out to the left of guests from behind a white door, covered in cockroaches. As guests make a right turn they would walk by a glass room that hold Upson Pratt lying on a sofa as bugs crawl over his corpse.

As guests walked down another pitch-black hallway with thin wires to simulate the cockroaches crawling on guests and the sound of crunching playing by the guests’ feet, they would see another comic book titled "Grey Matter". Guests would enter this new episode by going into Richie Grenadine's Home, and Doc, Chief and Timothy Grenadine voice could be heard. Inside, guests could smell mildew and mold. Walking over to the kitchen, guests would see Richie's corpse sitting on a moldy chair. In the same room, the Grey Matter Monster would pop out in front of guests from behind a brown curtain. After that guests would enter into a moldy bathroom, where they would see two corpses in the bathtub. The final room of the episode features The Grey Matter Monster popping out at guests from behind some black curtains.

Next, guests would enter the final transition room, this time showing the cover of the comic "Bad Wolf Down". As guests enter the final episode, they would be greeted with the inside of a French prison. As guests walk past the jail cells, they would see claw marks and blood all over the room. To the right, guests could see a dead Nazi general's corpse lying on top of a broken half table. As guests enter one of the jail cells, Captain Talby pops out in front of guests. Entering another cell, Private Rivers pops out in front of guests. The final room of the episode features Doc Kessler as a werewolf puppet that would pop out in front of guests.

Finally, guests would enter the Epilogue room, where the Creep would pop out one last time from behind a poster. As guests leave the maze, they could hear the sound of the Creep's laughter. 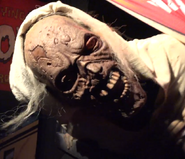 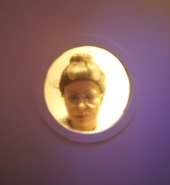 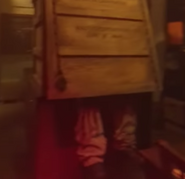 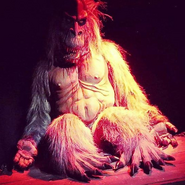 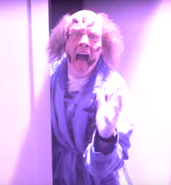 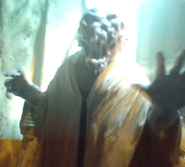 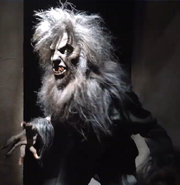 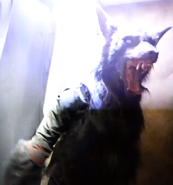 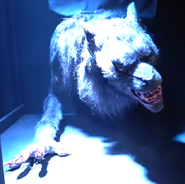 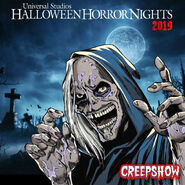 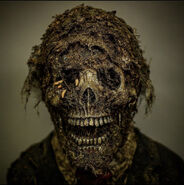 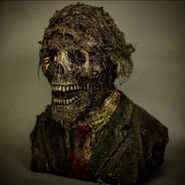 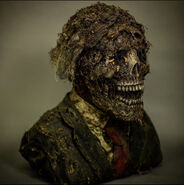 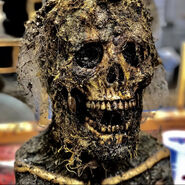 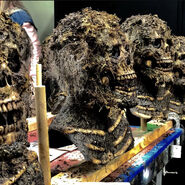 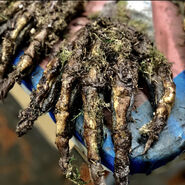 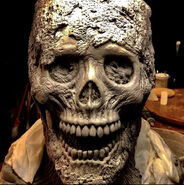 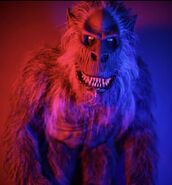 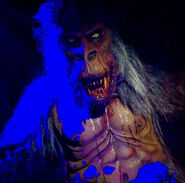 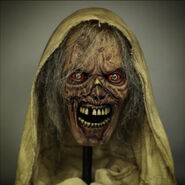 From HHNManics
Add a photo to this gallery

Retrieved from "https://halloweenhorrornights.fandom.com/wiki/Creepshow?oldid=119489"
Community content is available under CC-BY-SA unless otherwise noted.