Carnival Graveyard: Rust in Pieces was one of the ten haunted houses that were featured during Halloween Horror Nights 28. It was located in Soundstage 24 along with Scary Tales: Deadly Ever After.

On July 25th, 2018, Universal announced that a haunted house based on an abandoned carnival filled with evil clowns would be coming to their Halloween Horror Nights event that year. The codename for this house was "Ragtag", as a band of carnies that appeared in the house were called The Ragtags.

The house would be one of two located in Soundstage 24, the other one being Scary Tales: Deadly Ever After. Soundstage 24 is one of the larger soundstage facilities designed to be used as filming locations for movies and television shows.

The caramel-coated carnivals of yesteryear have long died, but something sinister has festered within the decay, waiting to torment trespassers. Enter a dilapidated salvage yard, a maze of rides, games and carnival parts tainted with rust and blood. Gleefully vicious performers stalk you from the shadows, coming ever closer. Feel the first glint of terror with gory games a-plenty, where losing has a terrible price. Then your flesh will crawl as you come upon brutal automatons that quickly ensnare you. After that, you’ll enter a tunnel of love where flayed lovers have been grotesquely memorialized, overwhelming you with disgust. You’re in for a show-stopper.

Guests entered the line through the Jimmy Fallon ride queue. Guests would walk down the hallway with the history of the NBC logo before reaching the area where the regular and express lines split. Guests would then make their way to the left side of Soundstage 24 where the queue would loop a few times. Guests would then enter the soundstage from the back. As guests enter, they would be able to see the worn-down entrance of Sal's Amusement Salvage.

After guests enter the abandoned carnival, a scareactor wearing a metallic helmet (with scrolling red words on it that said DIE) jumps out. Guests would then walk into a room with a variety of props scattered everywhere. The next room took guests in front of a smiling lizard statue with an ice cream cart. Across from him, a scareactor would pop out from next to a dumpster. Then, guests would walk through a variety of carnival games, including a "Hit the Fuzzy Guy" game (with a scareactor with a bunch of doll parts on his body popping out from behind it). Going down the next hallway guests would be attacked by a clown. The next room featured a couple of dog houses and a scareactor jumping out telling the dogs to kill the intruders.

The next room featured a man with a hockey stick that has a bunch of circular saws stuck in his head. Guests would then enter a room with a clown falling above guests. Periodically the lights would flash and an animatronic clown would move and laugh. After that was a room with walls lined with the number lines featured in the "Ring the Bell" game. Above guests were mallets that would smash the ceiling above guests. The following room had graffiti filled walls, a cage, and a forklift. After that, guests would enter a room that was a giant metal cage with walls smashing into them, making a loud sound. There were also bits of flesh on the walls.

Next, was a room with a large shelf containing a large amount of props. A lady with a scythe would jump out from next to it. Further down the room, another scareactor with metal claws tells guests to "not mess with his momma". Guests would then enter a small room where a man could be seen welding something. Across from him a man with a welding mask with large teeth painted on it jumps out. Going down the next hallway, a lady with a gun would jump out from behind some barrels. After that was a small room with a lady holding a sledgehammer. Continuing through the room, guests would see a Barker swinging barrels into each other from above. Also in the room, was a clown in a mask.

The next room was the outside of the Luv Shak. Another doghouse could be seen here with a human foot outside of it. A scareactor would pop out across from it. Continuing down the path guests would be startled by a loud car horn. Another scareactor pretending to be a corpse also jumps out. Entering the Luv Shak, guests would encounter a couple hanging, with their faces cut off. Then, two scareactors (who are wearing their faces) would jump out and kiss. Guests would then exit the Luv Shak and would be greeted with a castle that serced as the entrance to the "Kritters Kingdom" attraction. Inside guests would enter a series of rooms with brightly painted walls. A scareactor dressed as a Mad Scientist would jump out from behind a hole in the wall (made to look like a mirror) and three scareactors wearing animal heads would jump out as well. Following, was a room with walls painted like cages that would open up to reveal scareactors dressed as ballerinas. Exiting the house guests would see a small shrine with a bunch of dolls on it. Very rarely, a scareactor would jump out behind the curtain for a final scare.

The entrance to the house. 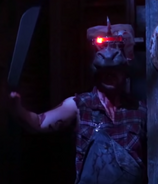 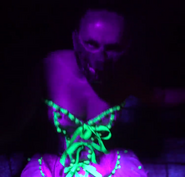 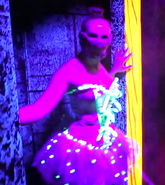 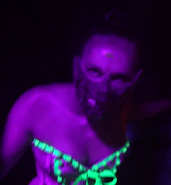 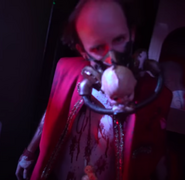 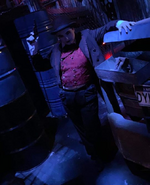 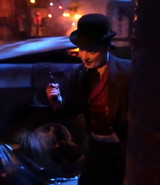 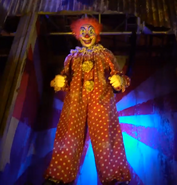 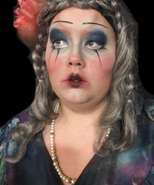 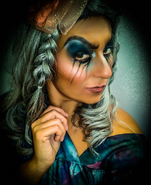 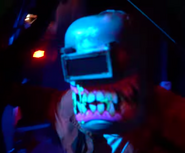 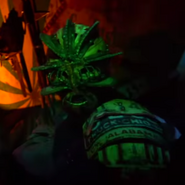 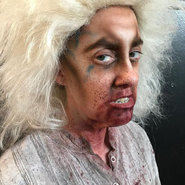 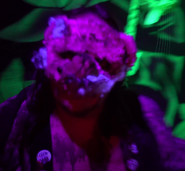 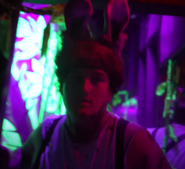 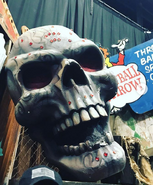 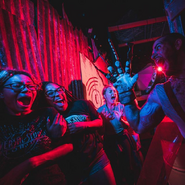 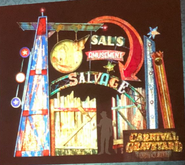 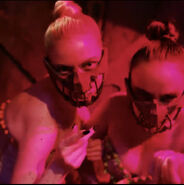 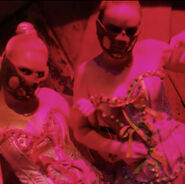 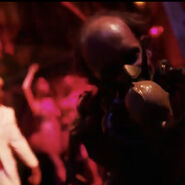 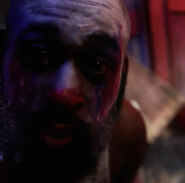 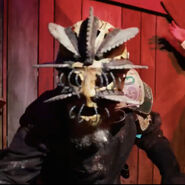 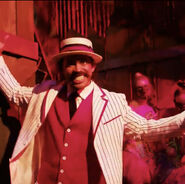 Retrieved from "https://halloweenhorrornights.fandom.com/wiki/Carnival_Graveyard:_Rust_in_Pieces?oldid=117006"
Community content is available under CC-BY-SA unless otherwise noted.