Robert Galletta, also known as Bobby "The Blade" Galletta ws a serial killer featured as the POV subject of the Halloween Horror Nights 23 haunted house, Afterlife: Death's Vengeance. He was executed on the electric chair and is accosted by his vengeful victims in the afterlife.

Set during the 1920s, Bobby "The Blade" Galletta is a notorious serial killer whose exploits are recorded in various newspapers (with headings featured in the house). According to these headings, Galletta was particularly fond of stabbing his victims and was also keen on mutilation. The killer particularly hung around Carey, Ohio (a common setting for horrific events in the Halloween Horror Nights events) as his locale of choice. He had a growing number of victims before his eventual capture and imprisonment.

Galletta is finally sentenced to the electric chair (Ole' Sparky) and executed. However, he finds that his victims await him on the other side, with the full intent to make his afterlife a living hell.

Appearance in the House[edit | edit source]

At the beginning, Galletta is electrocuted after being captured and tried. During his descent into the afterlife, he (as seen through the POV of the house's attendees) is accosted by numerous victims resembling a demonic version of himself. They pursue him throughout this hellish landscape. Within, he passes through a series of stabbed corpses hanging amidst a series of newspapers detailing his murders. Down the line, things become more and more disturbing as the victims, posing as Galletta, terrorize him further. Other demons manifest to pursue him further.

At the end, a disorienting tunnel forms and entraps Galletta. Thus, he is ensured to live the rest of his afterlife in this hellish terrain in his own image. 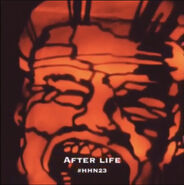 Retrieved from "https://halloweenhorrornights.fandom.com/wiki/Bobby_“The_Blade”_Galletta?oldid=113309"
Community content is available under CC-BY-SA unless otherwise noted.