"My City is sick! The plague spreads like wildfire through these corrupt streets. As a man of medicine. I have taken it upon myself to find an antidote. But for all my efforts I have only made things worse. I have turned mankind into a monstrosity and now my own metamorphosis is eminent. I have unleashed the monster, the monster that will live within you."

Academy of Villains: Altered States was one of the two shows that were featured during Halloween Horror Nights 29.

This wicked talented group of artists is back for an all-new, bigger and better performance featuring a killer mix of dance and theatrics.

AN EXPERIMENT OF MIND AND BODY

Academy of Villains returns in an epic experiment of mind and body. Man's true nature is dragged out into the dark, Gothic streets of anarchy. This wickedly talented group of artists is back for an all-new performance featuring a killer mix of visionary dance and extraordinary theatrics. 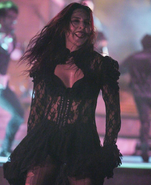 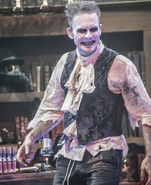 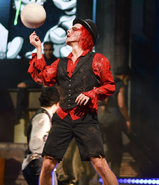 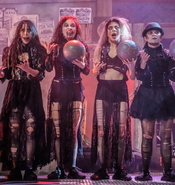 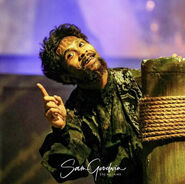 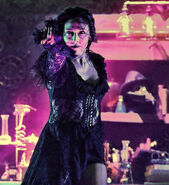 From @stg.villains on Instagram
Add a photo to this gallery

Retrieved from "https://halloweenhorrornights.fandom.com/wiki/Academy_of_Villains:_Altered_States?oldid=113610"
Community content is available under CC-BY-SA unless otherwise noted.